What it Means to be a Living Wage Employer 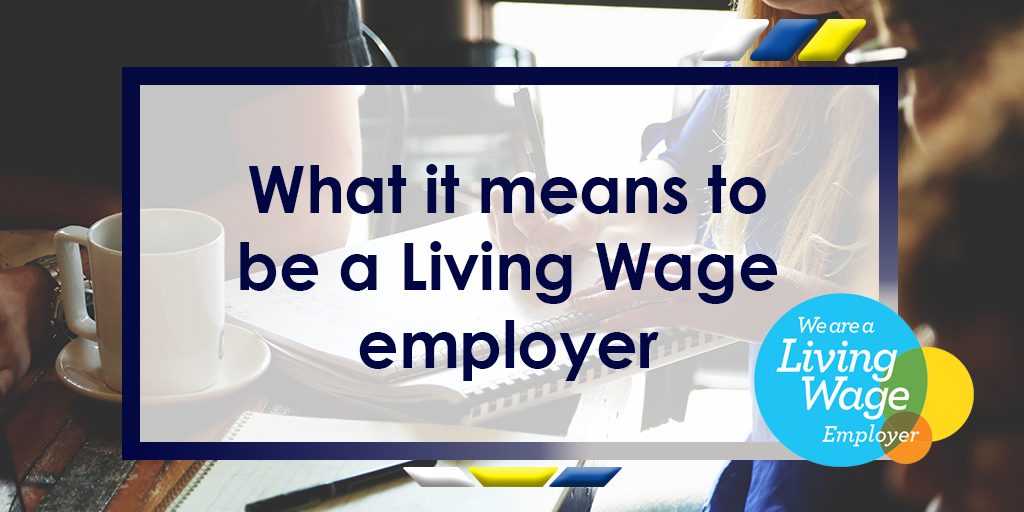 As a Living Wage employer, we’re proud to support Living Wage Week, an annual celebration of the Living Wage movement. Launched in 2001, the campaign for a Living Wage was set up to tackle in-work poverty. It found that despite working two, or more, minimum wage jobs, workers were still struggling to make ends meet and had no time left for community or family life.

In comparison, the real Living Wage is independently calculated according to the cost of living. Based on essential shopping, transportation and housing costs, it pays a higher wage to employees than the National Living Wage. It is available to those aged 18 and older and unlike the government wage, is paid voluntarily by employers. 2019/2020 rate increases have just been announced by the Living Wage movement as part of Living Wage Week with workers outside of London now receiving £9.30 per hour.

Over 6,000 businesses in the UK pay the Living Wage with over 210,000 employees receiving a pay rise as a result of the campaign. Living Wage Week encourages many more businesses to take action and support their employees by paying a fair wage for a fair day’s work.

Here at KeyPlus, we’re proud to be a Living Wage employer and understand that our employees deserve a fair wage that takes into account the cost of living.

“Being a Living Wage employer is really important to us” said Brian Curran, Managing Director. “Working in security services often means our employees have to work unsociable hours and deal with difficult situations. Paying the real Living Wage means we can help them with the practical aspects of living, outside of their role, especially with the continuously rising costs we all face.”